with the support of Mélanie Masson-Jeannot,

director of the first permanent CE centre opened in France in 2009.

Introduction of the actual project, background and general information

The project started in  May, 2015, when the first workshop was held in the Association Enfance Handicap Moteur  in Pouilly sur Loire, France.

The invited professional - colleague of the company Inerventions AB and myself, as the conductor of the association EHM-, performed 10  assessments with cerebral palsy children, observing the benefits of therapeutic electrical stimulation.

In  June 2016, the Association became the first Centre of Excellence of Inerventions in France, with a trained clinican and a demo kit to perform trials all year round and be at the service of handicapped children and adults from all over the country.

Randomised clinical studies have started in two large hospitals in Paris and Lille, with a multidisciplinary medical team, results are expected in 2017.

More and more people are becoming aware of the benefits of electrical stimulation as an alternative treatment option for several conditions involving muscle stiffness, dystonia, hypotonia and chronic pain.

The technology always develops with new innovative devices on the market, and the modulations of each type is different, or manually changeable within the device. Therefore the regular use of these requires a professional to set up, use and change the programming according to each problem, and usually these devices are not compatible with other motor activities.  (TeNS, Bioness, Biomaton,BioMove, Firefly, etc.)

The effect mechanism of the Mollii Suit

The Mollii suit is a multi-pad electrode system , which was created to be a complementary, home-based assistive device.

The suit has 58 electrodes sewn in to a two-piece garment with 4 magnetic connection points which attach the control unit.

The suit’s electrostimulation is a low-current (20 Hz), medium or low intensity square wave,which facilitates the process of reciprocal inhibition  in selected muscle pairs.  The stimulation creates a basic  tension in the antagonist of a spastic muscle.

It is advised to wear a minimum of 1 hour a day combined with physical activities, or calm resting in case of dystonia and pain modulation.

- It brings functional outcomes in R.O.M. and gait, it is targeted and complex

- Reversible, it can not be overdosed

- USED WITH TRAINING, the device potentially lowers the need the start of early botulinum toxin treatments, it can delay surgical interventions and splinting, especially in the crucial growing periods.

-Well-adapted to use with physical therapy, motor activities, CE

’Why conductive education is the best setup to use the Mollii Suit?’

Conductive education is based on the belief that a neurologically damaged person can change and has endless potential, therefore a conductive education environment  will always empower the patients to be active and believe that the activity is essential for development.

The main importance is that in conductive education, we observe the patient as a complex individual, and the educational approach and (re-)habilitation is a homogenous unit, thus it is not separable. Both the personality and the physical challenges are addressed, and the complex condition is viewed more like a learning problem.

The Mollii Suit’s technology allows the user to reach out to the whole body, thus reinforcing the view of education as a whole. The suit makes it possible to observe the patient and find solutions for the motor problems while the muscular system is being stimulated without interruption.

The 58 electrodes can stimulate the entire body without limiting movements and the liberty of the patient, this is exceptionally important in the case of small children.

The Mollii Suit and the key elements in conductive education

In conductive education, the group is a great motivational factor which chaacterises the whole system of the method. The educational objectives are quasi the same, that is to achieve orthofunction (’The ability of an individual to enable him/her to fulfill environmental, biological and social demands and expectations’).

The differences in problem solving can occur within the same group, every member works in their own rhythm, manner and speed.

The Mollii suit, if everyone wears it, gives a special feeling of UNITY, the groups become more ’united’, there is no pressure that the others are observing.

The general rhythm of a given group can be accelerated, because the suit can enable patients to achieve their physical goals more effectively. Successful task solutions also create a positive atmosphere and gives a chance to the members to -believe in- and challenge themselves.

Children and adults who require manual facilitation and guidance to achieve certain tasks or positions, can realise movements and gestures independently or with minimal manual support. This gives a great moral boost to actively perform and become more and more independent.

The group itself serves as a mental stimulus for each of it’s members, and with this effect, complemented with the benefits of neurostimulation, our aims, goals and expectations can be higher.

As mentioned before, orthofunction is the ultimate goal of conductive education, this personal capacity involves the entire personality. The social, biological and physical demands differ greatly, depending on the physical state, age,culture, habits, socialisation and much more.

People with neurological damage require appropriate alternatives offered to be able to fulfill these demands. We search, plan, and provide these substitutes to achieve orthofunction, which is a long learning process with great demands from the disabled person,including motivation, willingness, attention, sufficient time and practice to overcome the dysfunctions.

It requires successful performance of tasks both in the biological and the socal demand systems.

’Lack of successful achievement, failure and frustration  eventually cause adaptive development to slow down or stop completely. This is exactly what creates a dysfunctional  person.’ (source)

The suit can only give relief for the neurological/motor symptoms, it can not develop the person socially or cognitively. BUT, with the electrostimulation, the brain signals are more appropriate, and this helps greatly to achieve a goal, use energies in a manner that a task is successfully achieved. With an easier, more fluid peformance, the invested energy and the internal motivation will be rewarded and justified.

And with an easier motor development,the social and cognitive skills are more prone to develop.

The process of facilitation in conductive education is not merely a physical aid, but an educational approach.  May it be manual or verbal, rhytmical intention or fixing an extended arm, facilitation meets every condition necessary for a dysfunctional person to be able to carry out a proposed activity with ACTIVE participation. The general aim is to adapt flexibly to the progress, reduce the amout of interventions and to create an internal self-facilitation in the dsyfunctional person.

With the Mollii suit, great part of the facilitation comes from the electrical stimulation. The reduction of spasticity allows a more efficient task solution with significantly less external help (such as manual correction, fixing positiong, manual guidance, devices like arm splints, etc.)

The suit can also help to reduce the abnormal activation of multiple muscles, or persisting reflexes which create pathological synergisms in the body.

In the observed groups ,one of the most significant change was the level of activity of facilitators, parents and assistants, because the participants were able to carry out simple and more complex tasks independently.

The task-series has a significant place in the complex programme of conductive education.

Every task-series is constructed out of several  tasks, individually intentional activities in a proper and functional  order. We go back in the hierarchy of goals, breaking down each complex activity into simple gestures and actions, the building a series of these to reach a complex activity, consisting of already achieved goals.

With the electrical stimulation, the individual partial tasks become easier to solve, the simple gestures and movements can become automatic (with practice and repetition), therefore the evolution of the complex programme is accelerated.

The tasks evolved quicker and became more and more complex in the observed groups.

Example: In a sitting programme, on a simple slatted stool, a quadriplegic child (who sat with a pummel  to keep his knees separated and required regular correction of his feet which he had a hard time keeping on the ground without knee extensions)  could keep his position independently. This gave him significant stability, in two days he became more confident and could keep his position even when handling toys and tools.

The general aim of a stable sitting position with a correct posture  was achieved in 4 days, and the student could implement his newly achieved skill in several occasions. (eating, playing, drawing)

OPERATIVE OBSERVATION AS A MEASURING TOOL

A conductor’s observation aims to be able to create the right circumstances for a dysfunctiona, making it possible to achieve a given goal.

The observation must be continuous, must embrace the whole group and each member of it.

It has to be present at all times during the daily routine, always changing, evolving according to the students’ development.

Along many others, the most important skills of a conductor are being able to set realistic goals and provide the perfect circumstances, to observe and to intervene according to the aims.

With the Mollii suit, the changes in the muscle tone, posture, level of dystonia and the range of motion is almost always detectable within 30 minutes of stimulation. These observations then can be implemented in the planning of actvities.

Since I have started studying the effects of neuromuscular electrical stimulation in a conductive setting, I have worked with 26 children participating in regular 1-2-3 week sessions in our full-day programme.

The observed children are aged between 3 and 17 years, mostly with cerebral palsy diagnosis: General observation of the effects of the Mollii suit:

-knee flexion (neutral) in  children with hyperextension and opisthotonus

- feet flat, heels on the ground

- internal rotation of arms, bringing towards the midline in children with typical flexion position

Since we implemented the use of this electrical stimulation device in our conductive programme, the benefits are visible, continuous and very rewarding both for the students and the conductor.

Apart from the obvious positive effects of the suit, like the reduction of spasticity, the students became more confident, more organised in their motor skill repertoire, and the results which are acquired are used in their everyday lives.

From the parents’ observations we could deduct that in their home environment the children are more willing to solve problems themselves, they sometimes refuse usual facilitation and help, and with the smaller children the daily routine became smoother and easier. Dressing,putting on socks and shoes, puting arms in clothing, drinking, eating and many other activities are reported to require less effort.

The use of the suit fits in very well in the daily programme of our centre, starting with the lying programme, then to sitting, standing, walking and manipulation activities.

We continue the projet with great motivation, we organise free trials for children and adults in several regions in France.

During our demonstrations people get to know the benefits of conductive education as well, since the method is not recognised or reimbursed in France. More and more people choose intensive educational training complemented with harmless electrostimulation instead of  the offered protocol treatment (botulinum toxin injections) and the passive positioning in corsets and verticalisators.

Submitted studies from Inerventions AB (www.inerventions.se) and the Karolinska Institut in Stockholm 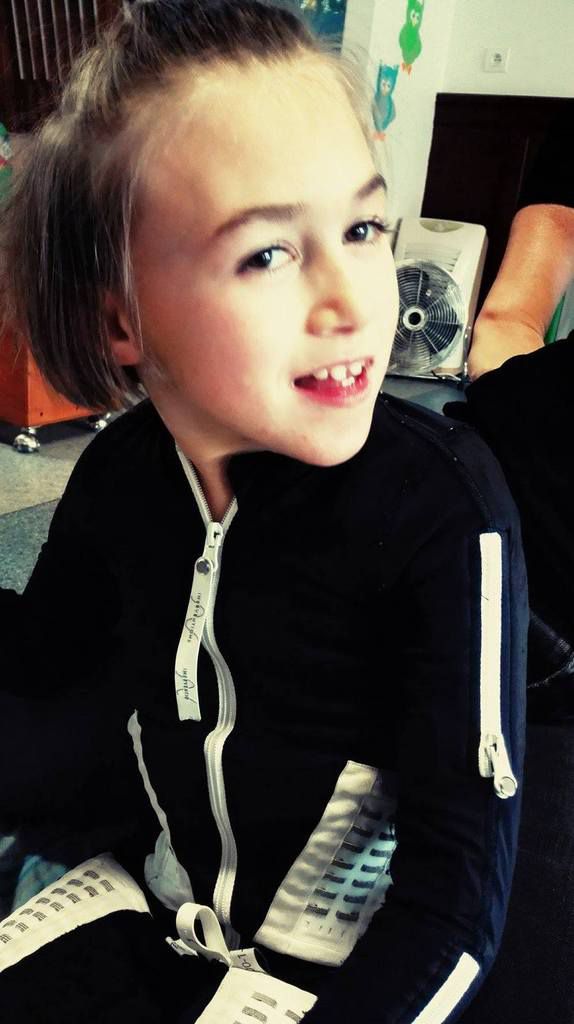